Surface to subsurface linkages in a pristine freshwater aquifer

Karst aquifers supply up to 25% of the world’s population with fresh drinking water. Bacteria and Archaea are the dominant life within these systems and are critical for their healthy functioning, in part, which we rely on for water resources. The AquaDiva Critical Zone Exploratory is addressing these questions in terms of how the surface and subsurface are coupled and how these linkages respond to changing conditions. We study the organisms living across these boundaries, where they get their carbon and nutrients, how contaminants enter and are processed in the aquifer, and how a predicted increase in extreme weather events will impact the system.

For my part, I am interested in the importance of carbon and nutrients from the surface relative to the carbon fixed by indigenous microbes using energy from reduced minerals and compounds in the subsurface. Furthermore, I question if large rain events can overwhelm the system and directly inject a lot of fresh material to the groundwater and what are the consequences to the ecosystem. Back to top

The deep ocean subsurface environment is the most extensive marine habitat on earth, covering approximately 67% of the Earths total surface. In areas with high sedimentation/deposition rates, or areas characterized by intensive fluvial and aerial erosion (such as the Gulf of Mexico), these habitats can extend >10,000m below the seafloor (Teske 2013). In the Gulf of Mexico the lack of knowledge of the primary microbial groups and their distribution has hampered our ability to determine the consequences large scale disturbances, such as oil spills, have on these environments. In the case of the Deepwater Horizon oil spill in 2010, it is estimated that between 1.5 - 12.5% (10 - 100 million liters) of the oil that was released was transported to the seafloor, where it was subject to degradation by microbes (Valentine et al., 2014). Since the microbes found in most sediments that would have been affected by this oil were virtually unknown prior to the spill, it is difficult to see how they responded to this spill.

My work has focused on characterizing large scale patterns in the distribution of microbes across much of the Northern and Southern Gulf of Mexico, through both space and time. With this large dataset I am generating a heuristic model that predicts which abundance of groups of microbes can be found across the Gulf of Mexico. We foresee this being used in case of any future large scale disasters, as well as a baseline to understand these enigmatic ecosystems and the bacteria and archaea that drive them.
Back to top 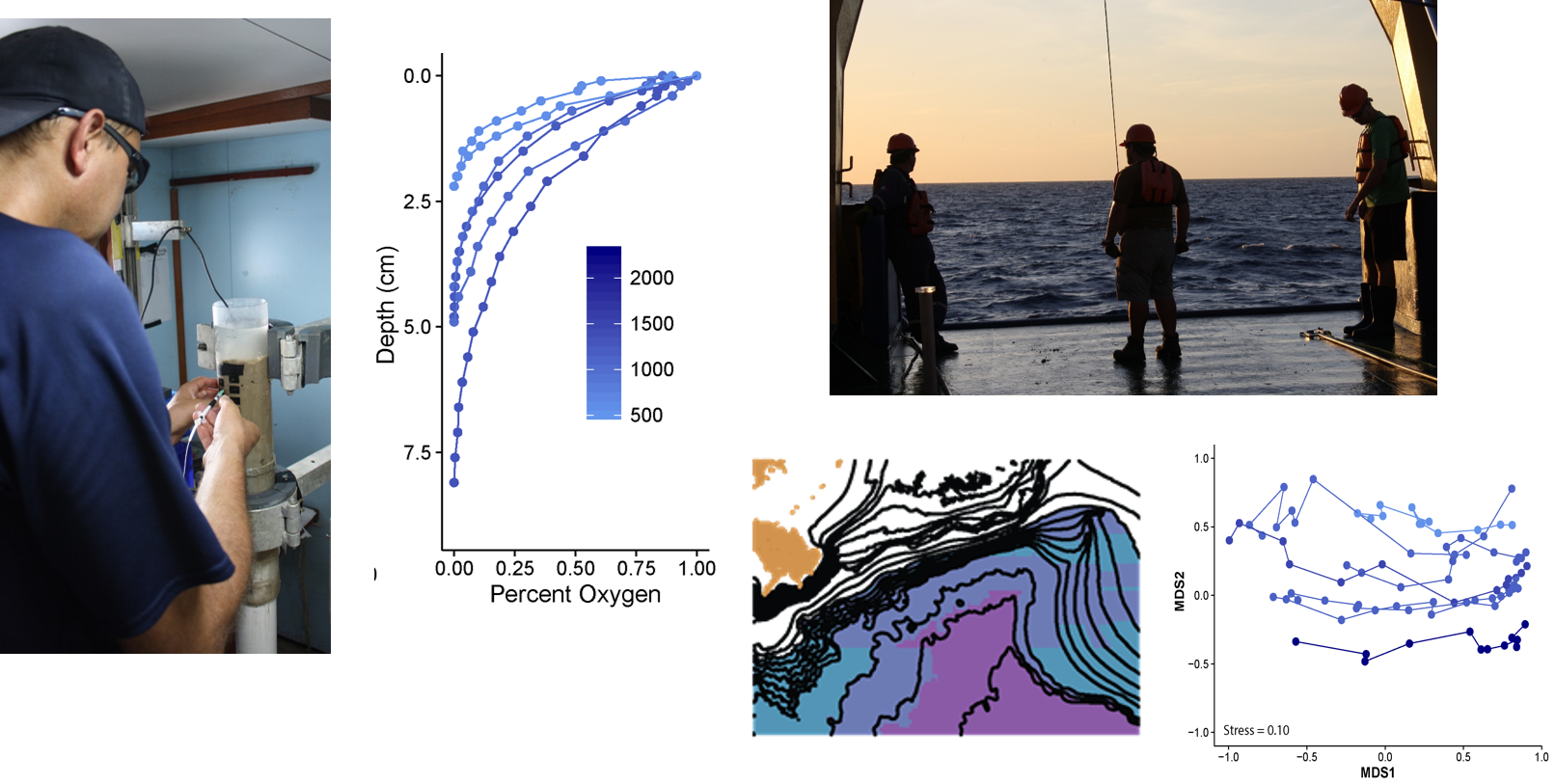 Oil from the Deepwater Horizon blowout polluted an estimated 695km of sand beaches across the Northern Gulf of Mexico in the summer of 2010 (Michel et al., 2013). In early June, 2010, this oil began coming onshore at Pensacola Beach, FL, and was carried by the tide and waves above the hightide mark. These oiled sands were subsequently buried by normal beach dynamics including storms and waves up to 1 meter (3 feet). In collaboratin with the Huettel group, we tracked the fate of the buried oil, showing the vast majority of detectable hydrocarbons were lost after 4 months. In oiled layers, oxygen consumption rates were significantly increased as petrocarbons were degraded and microbial abundances increased by several orders of magnitude. As the oil changed over time, the bacterial groups associated with those sands also shifted. One year after oil reached Pensacola Beach, the microbial community had returned to a state similar to what we observed before the spill, and detectable hydrocarbons had returned to baseline conditions. 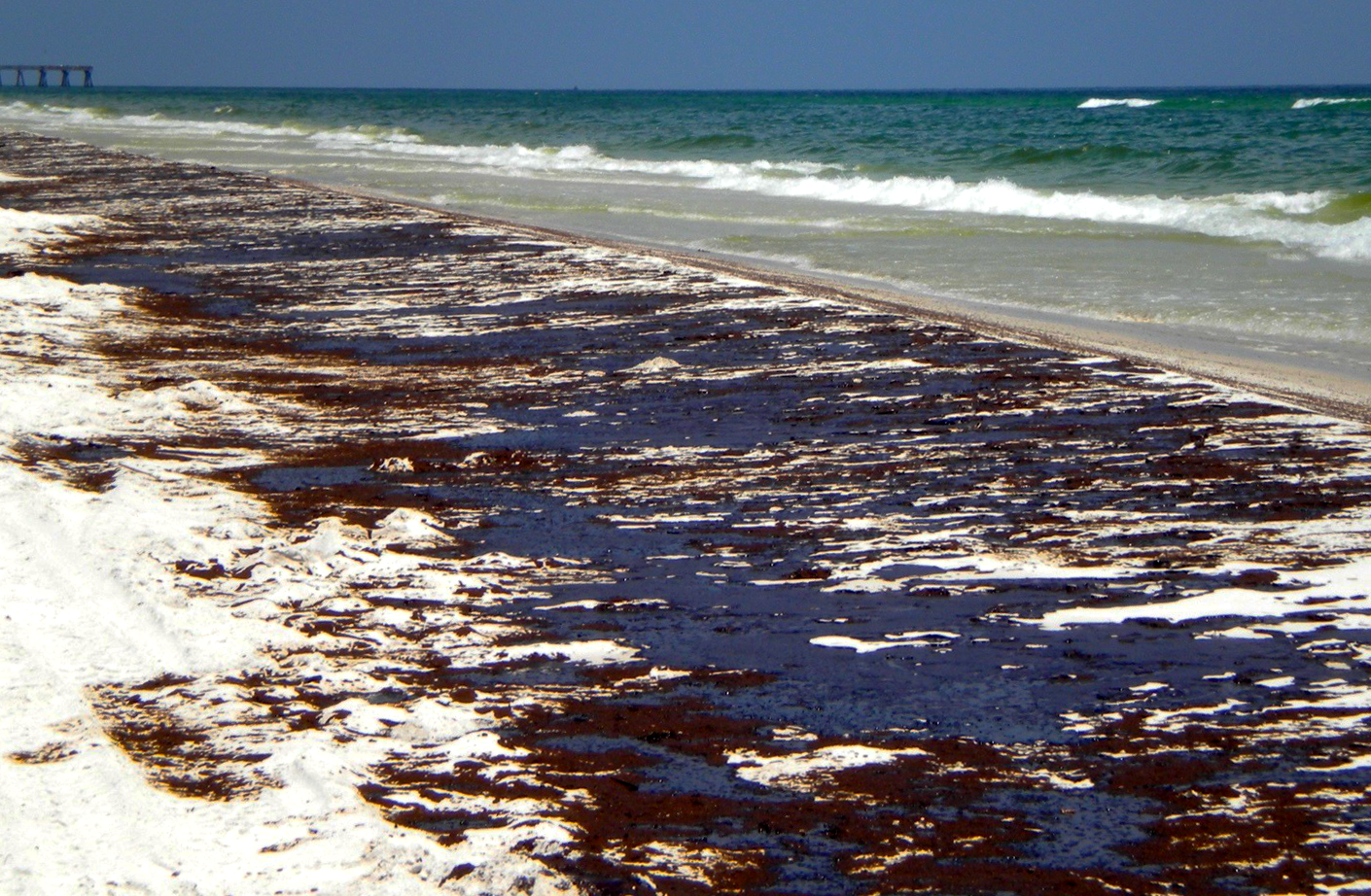 Invasive species are considered one of the greatest threats to native ecosystems in the USA. In Florida, the Brazilian peppertree is one of the most problematic invasive plants and it is estimated to have invaded 283,000 hectares. In a pilot study conducted at Hole-in-the-Doughnut in the Everglades national park it was estimated that full restoration would require $20 million ($37,000 per ha) (Cuda et al., 2006). A insect biological control agent for Brazillian peppertree has not yet been approved for release, although much research has focused on this. One potential agent are leaf galling psyllids from the genus Calophya that have been shown to have narrow host associations. One such species, Calophya latiforceps has been shown to survive only on Brazillian peppertree. However, other insects in this superfamily (Psylloidea) are known vectors of plant pathogenic bacteria that are of great agricultural concern, including the Liberibacter and Phytoplasma groups.

This project was conducted to detemrine the risk that the promising Calophya biological control agents carry potential plant pathogens. To supplement previous work using species specific PCR primers, we characterized the total microbiome associated with 4 distinct groups of Calophya spp.. Like other sap-feeding insects, we observed that the microbiome of Calophya spp. had an exceedling low diversity with 5-8 OTUs having greater than 1% abundance and belonging to 3 main groups (Enterobacteriaceae, Wolbachia, and Carsonella). There were no sequences affiliated with potential plant pathogens. 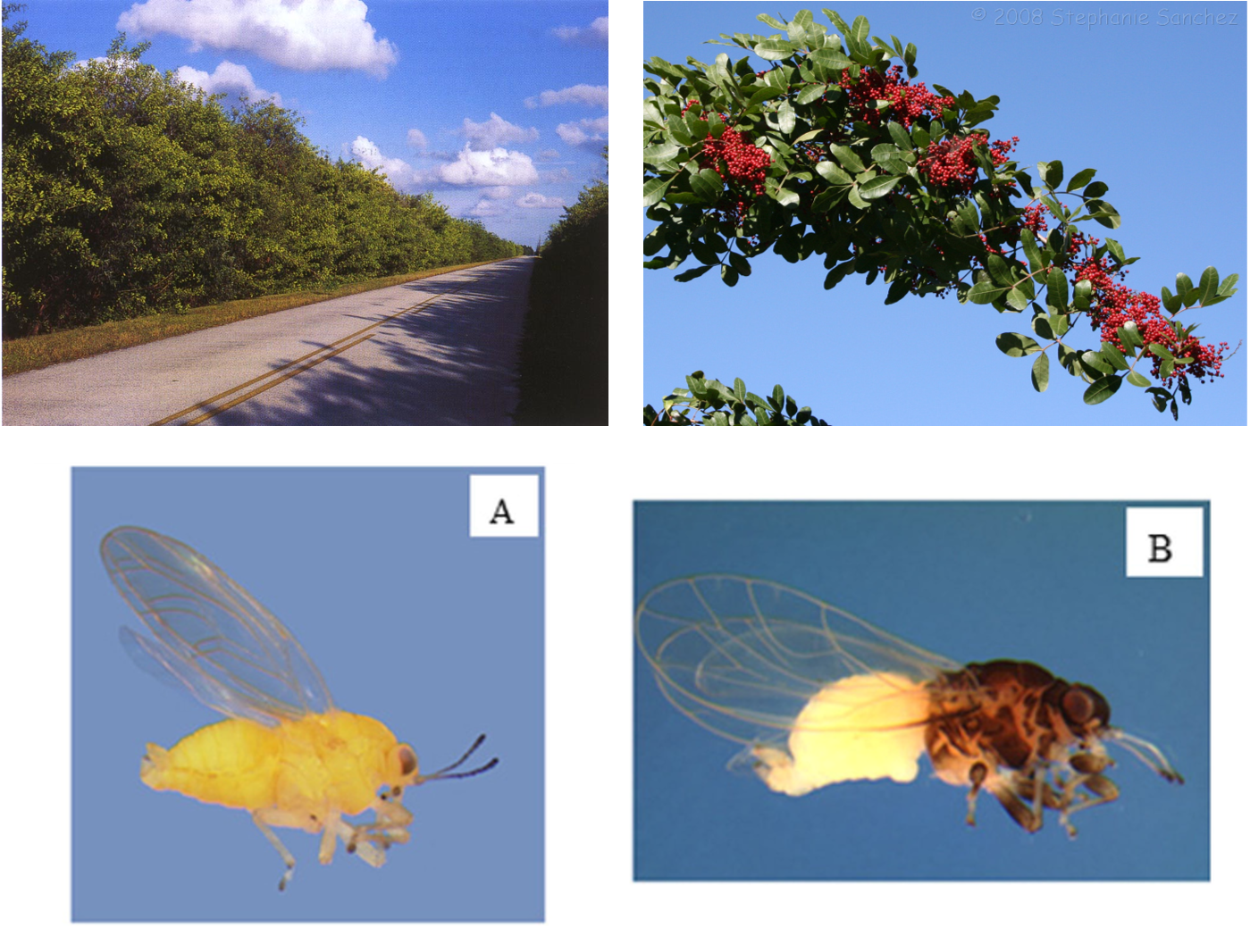 Nuclear technology has resulted in a prodigious amount of radioactive, heavy metal, and toxic waste that has since polluted the environments surrounding processing facilities. Uranium is often the contaminant driving the cleanup of more than 120 legacy nuclear waste sites. Due to the extent of contamination, it is not typically feasible to dredge and store uranium contaminated sediments. An attractive alternative involves immobilizing uranium to prevent further environmental degradation. One method to immobilize uranium is to stimulate microorganisms that are capable of reducing (or respiring) uranium (VI). Unfortunately, there are other physical and biological processes that will re-oxidize and therefore re-mobilize uranium.

I was a minor part of a large consortium investigating first ethanol and then slow release substrate (emulsified vegetable oil mostly) based biostimulation to reduce uranium. I helped track the diversity and abundance of active sulfate and iron reducing communities (implicated in uranium reduction), as well as total community shifts. This work was conducted as part of my undergraduate honors thesis. 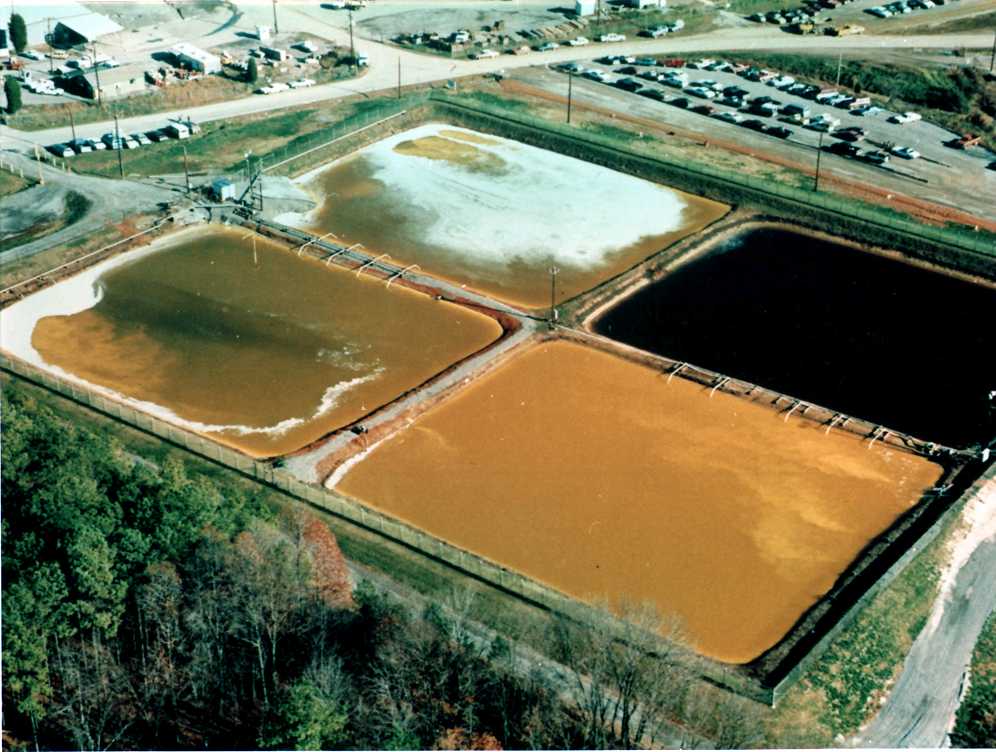